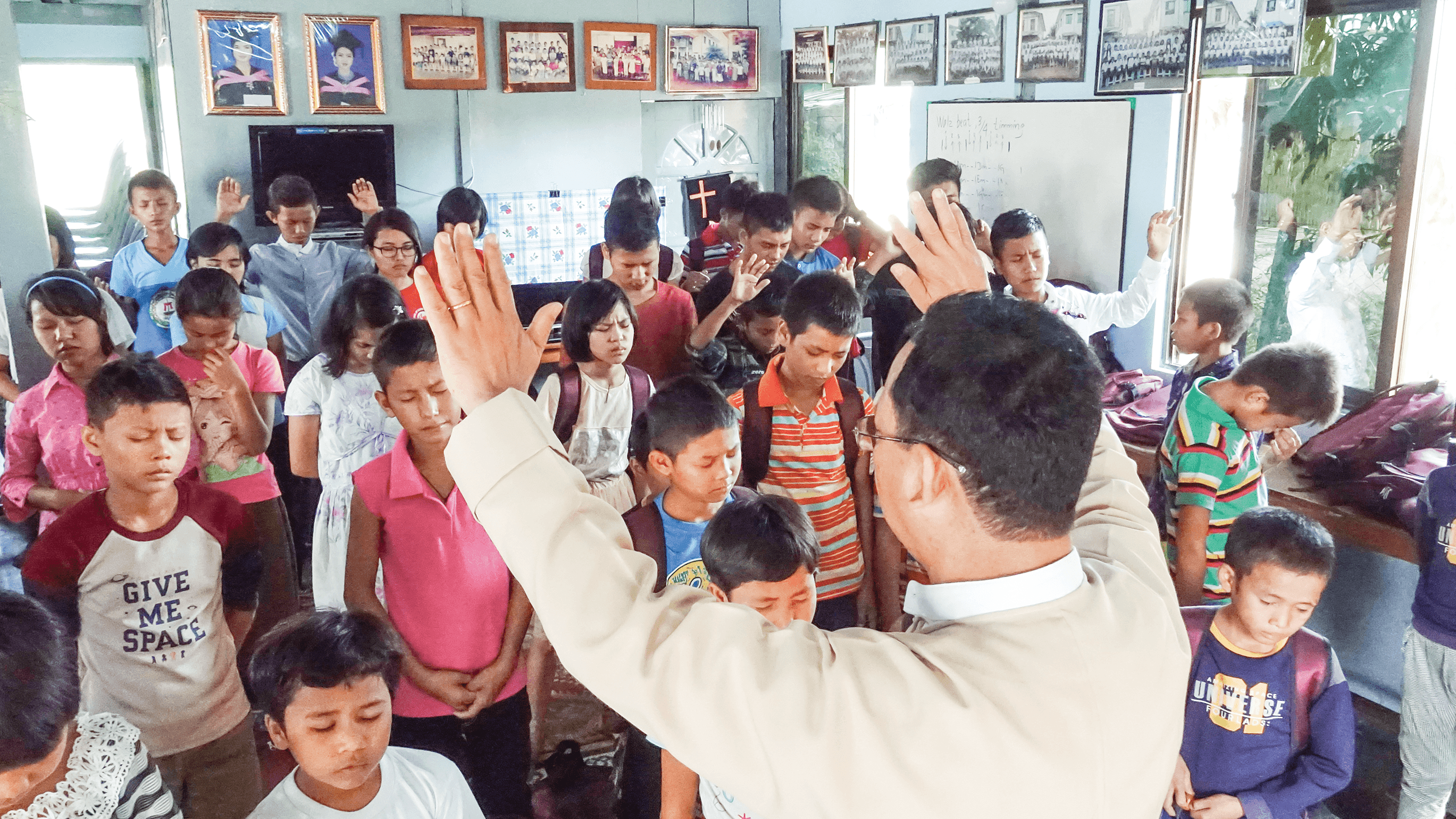 This article was originally posted in our March 2019 Word@Work.

“One generation shall commend your works to another, and shall declare your mighty acts.”
—Psalm 145:4

2019 marks Singapore’s bicentennial year, a significant milestone in her history. Although she officially turns 54 in August as a republic, the first documentations of her existence can be found as far back as AD 650, when she was still known as Srivijaya. However, it was only in 1819 that the Singapore we have come to know, came to be. Recognising her potential as a trading hub due to her strategic location, the British, led by Sir Stamford Raffles, moved to establish a trading port in Singapore, marking her official founding in the process.

Sure enough, Singapore began to thrive. What was once a land of indigenous inhabitants soon saw an influx of Chinese, Indian, and European hopefuls, which in turn greatly contributed to Singapore’s rich and diverse melting pot of cultural heritage. Despite the economic success that came with the trading port, Raffles had also intended it for another purpose.

Prior to this, Raffles, a dedicated Christian with a conviction to serve God and spread His Word, had already begun sowing the seeds of the Bible movement through the formation of the Java Auxiliary Bible Society in 1814, and the Sumatran Auxiliary in 1818. However, he saw Singapore as the ideal starting point to effectively bring the Gospel to the South East Asian peninsula. In the ensuing years, Raffles worked to mould Singapore into a base of operations of sorts for mission work. He established schools and churches in Singapore’s native languages and welcomed missionaries, allowing them to flourish alongside local businesses. Raffles further facilitated the Bible mission in Singapore in 1823 by coordinating the donation of 1,000 New Testament Chinese Bibles amongst the local townspeople. 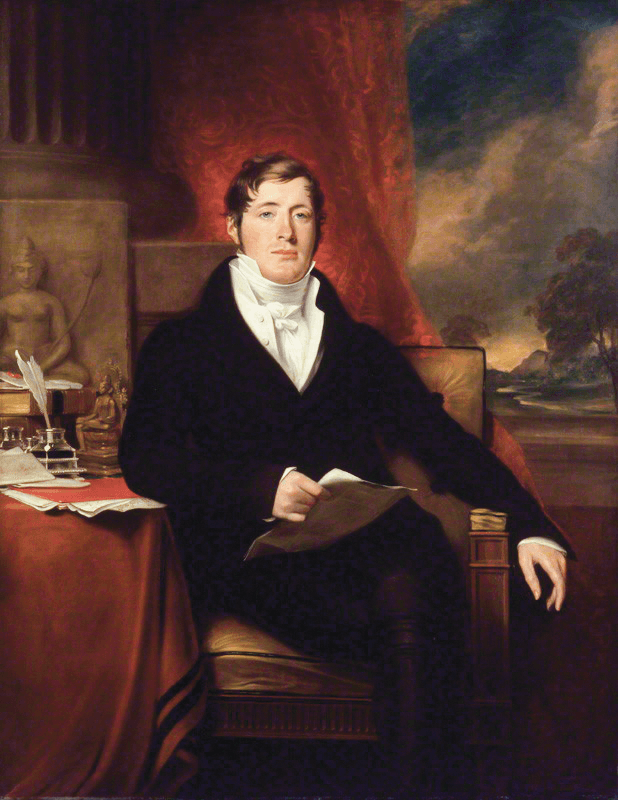 The legacy that Raffles has left behind was more than just Singapore’s growth as a nation, but also that of BSS, for it was his vision and zeal for the Lord that the Bible mission in Singapore was even conceived to begin with. As we celebrate Singapore’s bicentennial year, we are also reminded of our responsibility to continue that legacy.

Much has changed over the past 200 years, and for all his foresight, even Raffles himself would not have been able to envision Singapore as it is today. Such is the rapid, ever-evolving state of the world, and BSS recognises the need to stay relevant in order to better meet the needs of the region through new platforms and initiatives. 2019 is shaping up to be an exciting year for the Bible Society, and for the Church in Singapore as a whole.

2019 is not just Singapore’s bicentennial year; it is also the year of Proclamation, the third instalment (Preparation, Prayer, Proclamation, Personal Discipleship) of the four-year Celebration of Hope (COH) event. Inspired by the revival-istic zeal aroused during the 1978 Singapore Billy Graham Crusade, COH too seeks to be a catalyst in sparking another revival in Singapore, with the year of Proclamation being the year the Church in Singapore is mobilised to proclaim the Word of God throughout the nation. It is an event that BSS is heavily involved in—just like the 1978 Crusade, in which our first General Secretary was an integral part of, our current General Secretary is also a member of COH’s Steering Committee as its Treasurer.

COH is specially tailored to reach out to people from all walks of life, especially vulnerable communities like our migrant workers. As BSS is already reaching out to them, collaborating with COH allows us to jointly engage them on a much larger scale by pooling our resources and expertise. We will also be able to further weave the Bible mission into these outreaches by raising funds for new migrant converts, as well as providing them with Bibles and other Scripture materials in their native languages.

Reaching Out to the Less Fortunate

Apart from migrant workers, BSS also strives to help other vulnerable communities, such as low-income families, dysfunctional families, and youths-at-risk. Besides meeting their needs, we hope to show them the transformative power of God’s immeasurable love and grace, a light that illuminates even the darkest pits. In fact, Jesus has called us as Christians to care for the needy, just as He had done during His own ministry on earth (Luke 14:14).

In order to expand our reach, BSS is partnering with Hope Alliance Initiative (HIA) as well as a network of voluntary welfare organisations (VWO) that specifically caters to those vulnerable communities. One of our strategies moving forward is to organise events and initiatives together to raise funds and awareness about the less fortunate in Singapore. In fact, our inaugural event, a photo exhibition fundraising by Speaker of Parliament, Mr Tan Chuan-Jin, was held earlier this year on 31 Jan, through arts@work. Also on hand to support the event was Emeritus Senior Minister, Goh Chok Tong, our guest of honour for the launch, while two other ministers, Josephine Teo and Desmond Lee were also guests of honour for the other receptions.

Like many of our recent partnerships, arts@work is also relatively new. It is a joint venture between various partners such as Far East Organization, Arts Collective, and HIA,. arts@work is primarily a marketplace ministry that aims to bring people together through arts and culture, sharing Christian virtues whilst promoting charitable causes. With such a large talent pool to tap into, as well as a wide network of partners to work with, we are excited to see what the future holds. Ultimately, everything that we endeavour to do and achieve has to fall in line with our primary desire to sow “good”, both in the real and virtual world, which is what our next exciting project is all about.

Sowing Good to All

True to our commitment to keep up with today’s trends, BSS has been developing a mobile application over the past year that seeks to serve a contemporary society. We are thrilled to finally unveil our brand new SOWGOOD app. Following the Great Commission, we want to bring the Gospel right into people’s hands, wherever they may be, and what better way to do it than to utilise the power of mobile technology? SOWGOOD is an all-in-one app that comes with a variety of features and services. 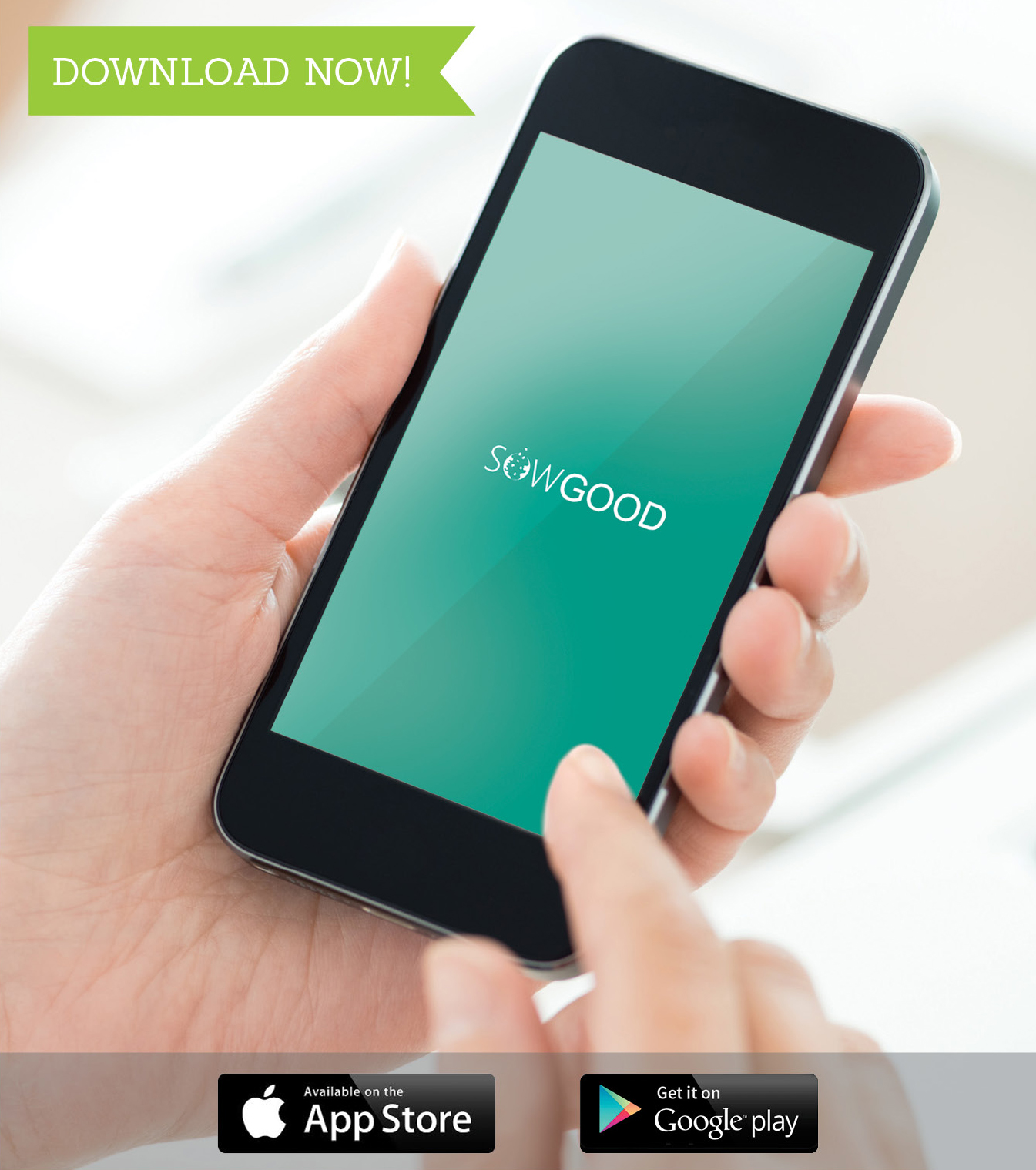 Through it, you can:
• Browse and register for various events organised by BSS and other organisations
• Purchase a whole range of products from our very own Bible Resource Centre (BRC) and Sower Essentials
• Browse and book tours organised by the International Bible Experiences (IBEx)
• Peruse enriching Christian videos and articles
• Explore opportunities to volunteer with the Bible Society
• Read the in-app e-Bible—available soon!

We hope that SOWGOOD will be the platform on which an online Sower Community can come together for one cause, that is to SOW the GOOD Word of Jesus Christ, all while SOWING “GOODS”, products and all. Download the app today!

This year, more than ever, we renew our commitment to serve the local communities in our midst, regardless of race, language or religion. Even with all these local opportunities at hand, BSS is also applying the same conviction to serve beyond our shores and the region.