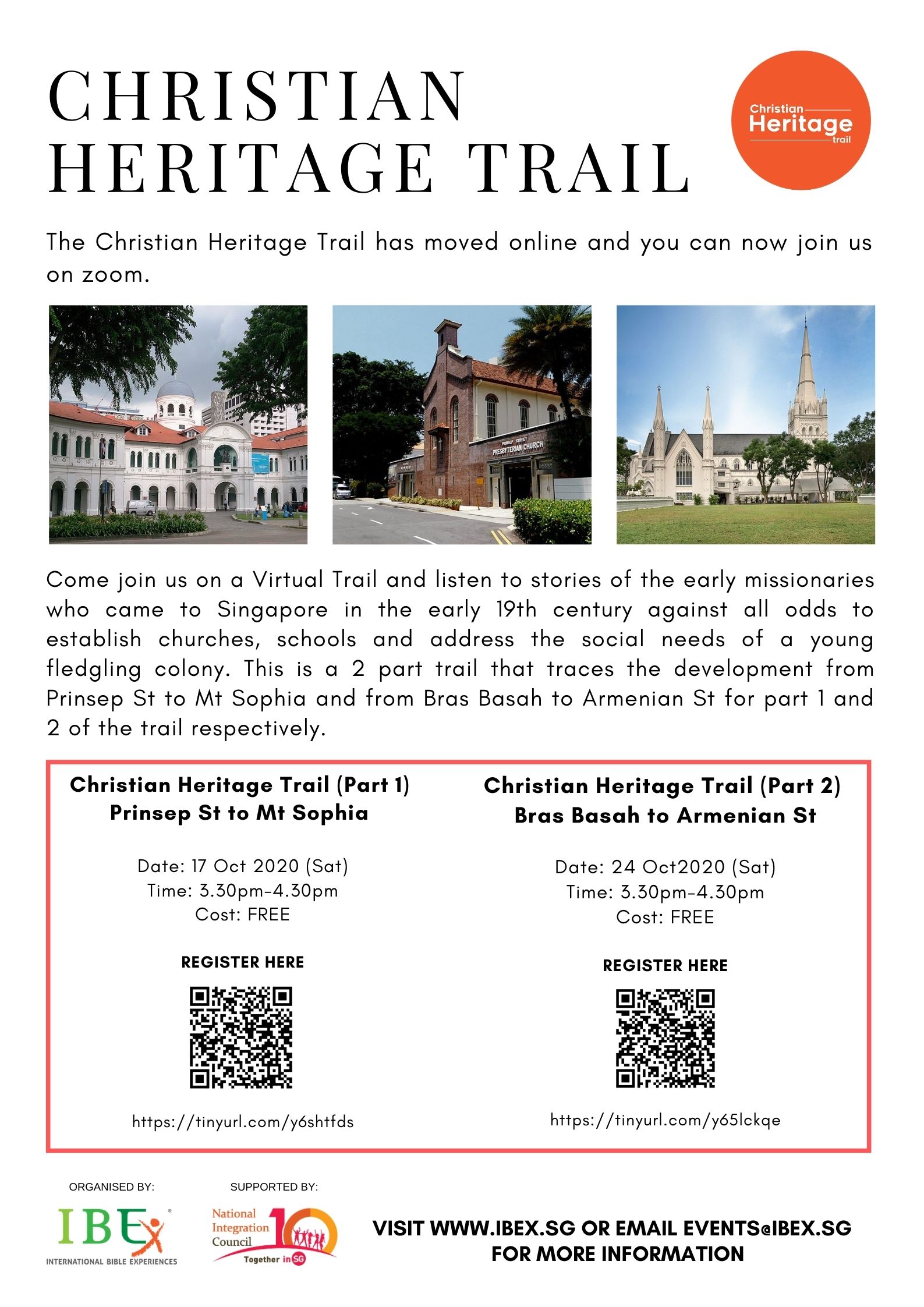 Bras Basah-Bugis and the Civic District precinct is the arts, historical, architectural and heritage district. Charmed with a unique mix of the rich heritage of Singapore’s past and modernity of art and architecture, the area is an exciting representation of a modern city that thrives on its vibrant and energetic creative communities. The area is bustling with activities today, but do you know how the Christian Faith started in Singapore?

The lesser-known details are shared in this new Christian Heritage Trail, organised by International Bible Experiences (IBEx) and supported by the Community Integration Fund of the National Integration Council (NIC) under Ministry of Culture, Community and Youth (MCCY).

The Christian Heritage Trail is approximately 2.8km route that will take 2 hours, featuring 13 sites. It aims to educate participants, especially the younger generation on the richness, diversity and unity of the Christian faith in Singapore. It also encourages believers to share with the public on the contributions the church has made to Singapore and its people.

Kindly be informed that all Christian Heritage Trails will be conducted via zoom till further notice due to the current COVID-19 situation.

Some of the sites include: 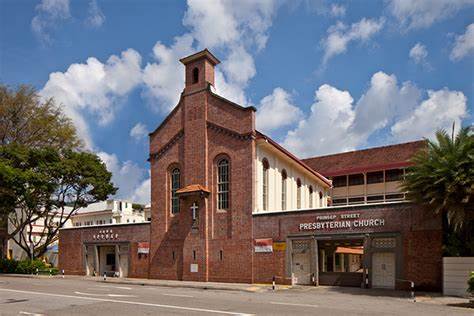 Prinsep Street Presbyterian Church
The church was established in 1843 by Reverend Benjamin Keasberry (1811 – 1875) as the Malay Mission Chapel, to serve the Malay community. [And for a number of years, a thriving Peranakan congregation also worshipped there.] 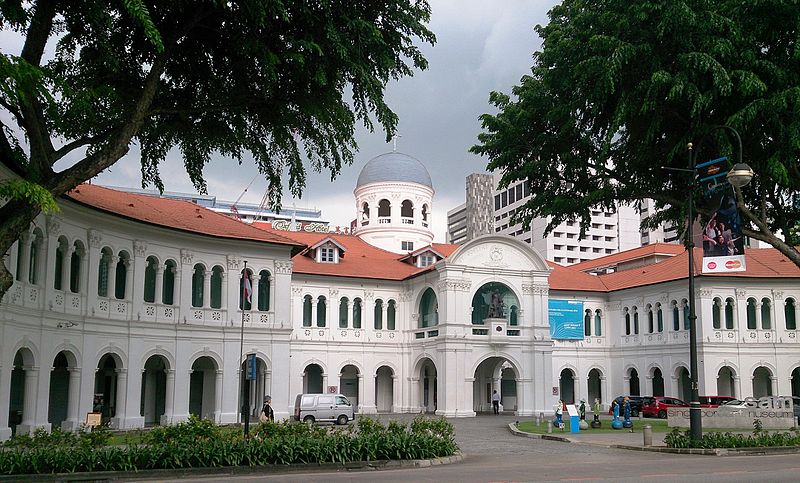 Singapore Art Museum (former St. Joseph’s Institution)
Singapore Art Museum buildings were once home to Catholic boys' schools – St. Joseph’s Institution (SJI) on Bras Basah Road and Catholic High School (CHS) on Queen Street. SJI was the first Catholic school and 3rd school established in Singapore (after Raffles institution & St Margaret’s). In 1852, the school was started as the St. John’s School by six De La Salle Brothers, with the support of Reverend Father Jean-Marie Beurel. This was to be the first missionary establishment of the La Salle Brothers in the Far East. 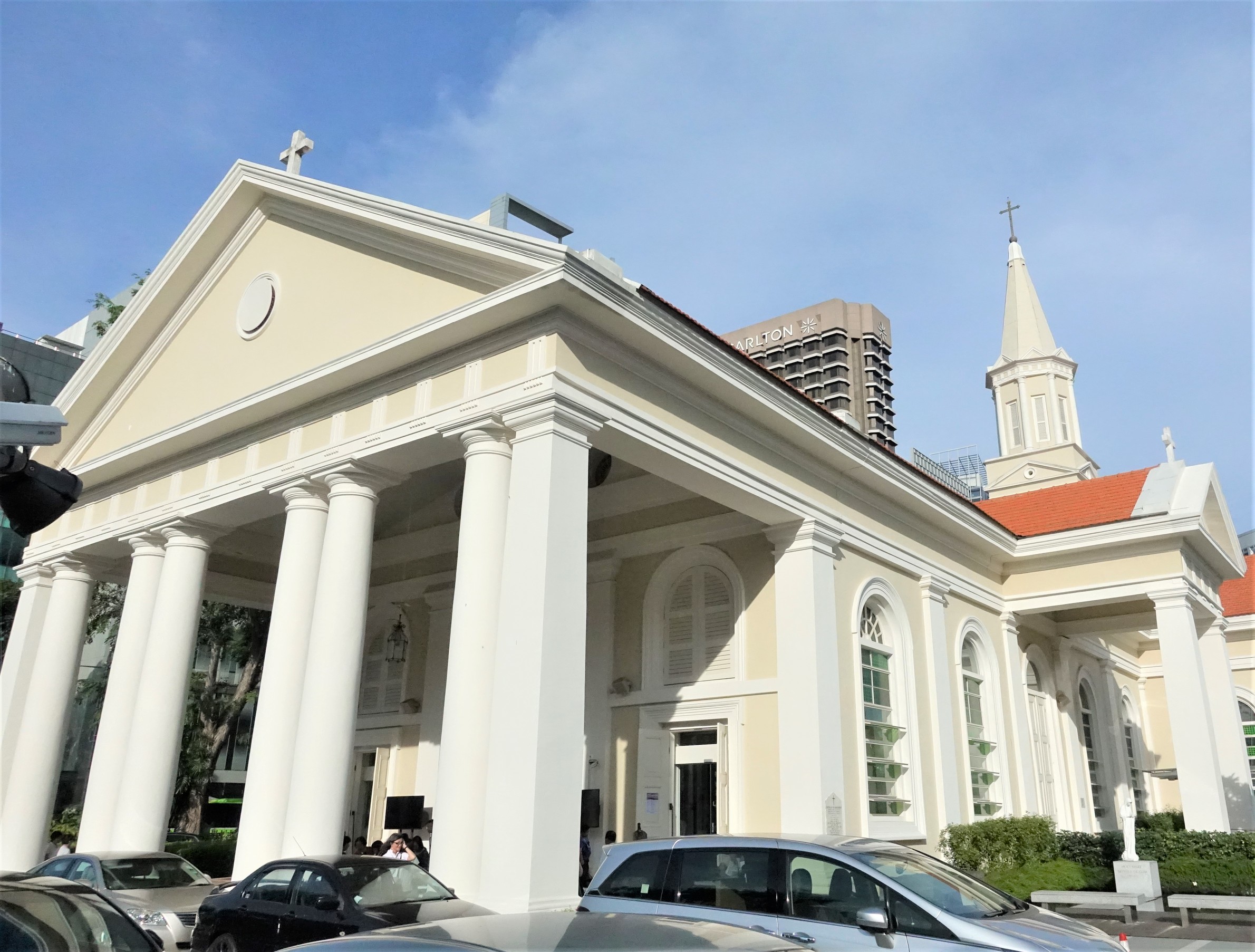 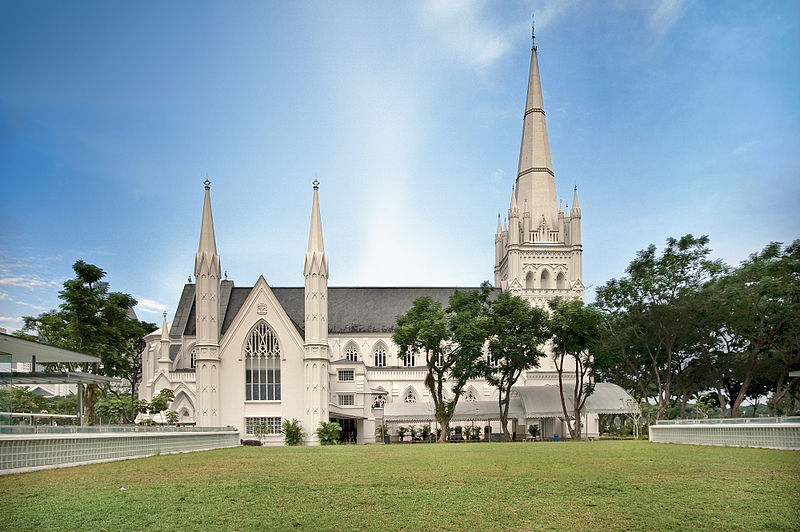 St Andrew’s Cathedral
Sir Stamford Raffles, the founder of Singapore, expressly reserved the site occupied by the Cathedral for a church. Lieutenant Philip Jackson, the colony’s engineer and land surveyor, was tasked by Raffles to head the Town Committee to revise the layout of the city; to divide it into ethnic functional subdivisions and to layout the colony in a grid pattern so as to bring some order to the growth of a thriving colony. The [site of the Cathedral which was included in the] map completed in February 1823 is known as the Plan of the Town of Singapore or the Jackson Plan. It is on display in the Singapore History Gallery of the National Museum of Singapore.

The trail took approximately 3 years to develop. It includes a variety of sources, such as Bobby Sng’s “In His Good Time”, Jerome Lim’s “Long & Winding Road”, as well as Wikipedia, various churches/schools websites and National Library Board infopedia. Extensive time was also needed to look through and compare maps of different eras to identify the locations.

The Christian Heritage Trail is one of the efforts by IBEx as part of its ongoing tasks to document and promote the distinct histories and memories of the work and contributions by the early Christian missionaries in Singapore. We hope that Singaporeans will be encouraged to join the trail.

*Note: This is a Zoom Live-Streaming.
After registering, you will receive a confirmation email about joining the meeting.

1. Prinsep Street Presbyterian Church shares the same architect as famous buildings such as Raffles Hotel, Victoria Memorial Hall and the War Memorial. This church was also the birthplace of the 1st Singapore Company of the Boy’s Brigade, which was started by Scotsman James Milner Fraser [an Elder of Orchard Road Presbyterian Church] in 1930 to reach out to the many local young people who lived in the surrounding area.

3. During the Japanese occupation, the church building of Wesley Methodist Church was stripped and used as an ammunition depot by Australian troops. After the war, the church was refurbished and rededicated in 1948.

4. The vicinity where the current Singapore Management University (SMU) is situated used to be a convict jail complex, built by convict labour for convicts who were shipped to Singapore from places such as India and Hong Kong. The jail complex was demolished in the late 1980s.

6. CHIJMES, the historic building complex in Singapore began life as a Catholic convent known as the Convent of the Holy Infant Jesus (CHIJ). Women used to leave their unwanted babies at the Gate of Hope for the nuns to take care. The small side gate still stands on Victoria Street.

7. The Armenian Apostolic Church of St. Gregory the Illuminator is the first Christian church built in Singapore in 1835. This spiritual place serves as a tribute to the once influential Armenian community of Singapore. They were lawyers, merchants, and entrepreneurs. Famous among them were the Sarkies Brothers who built and managed the Raffles Hotel, Agnes Joaquim who hybridised the orchid Vanda ‘Miss Joaquim’ (named as Singapore’s national flower), and Catchick Moses who founded the Strait Times.

8. St Andrew’s Cathedral is named after the patron saint of Scotland as initial financial support had come from the local Scottish community who were Presbyterians.

Source: Information derived from the churches website and books such as Bobby Sng’s “In His Good Time”, Jerome Lim’s “Long & Winding Road”, as well as Wikipedia, various churches/schools websites and National Library Board infopedia.