Feature Article: Holistic Care for the Nations Among Us 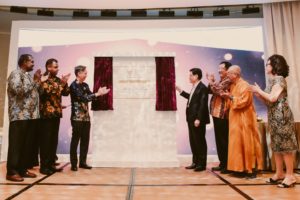 This article was originally posted in our December 2019 Word@Work.

Feature Article: Holistic Care for the Nations Among Us

Let us be vessels for God’s love—that protects
“the fatherless and the widow, and loves the sojourner, giving him food and clothing”, for we too were once sojourners.
— Deuteronomy 10:18 – 19

Singapore has relied on the labour contributions of guest workers since its early years. Although these workers are very much a part of our nation—having played significant roles through building our infrastructure and contributing to industries with labour shortages—their struggles may often remain invisible to us.

Walking in Your Shoes 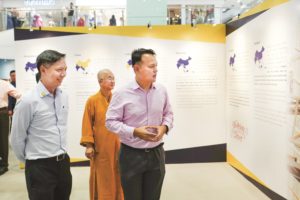 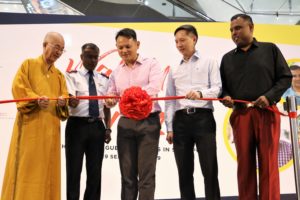 To bring to light their contributions and stories, SowCare and the Alliance of Indian Ministries (AIM)— ministries of The Bible Society of Singapore (BSS)—partnered with the Alliance of Guest Workers Outreach (AGWO) to organise the Walking in Your Shoes exhibition at Far East Plaza from 20–29 September. The exhibition was launched with an opening ceremony on 19 September, which was graced by the Guest of Honour, Mr Zaqy Mohamad, Minister of State in the Ministry of National Development and the Ministry of Manpower. The exhibition, which had drawn hundreds of visitors over nine days, showcased replicas of the living spaces of guest workers in Singapore. Through these installations, the visitors were able to experience the routines of guest workers at work and in their dormitories. The untold stories and lesser-known trivia about the guest worker community were also featured—inviting Singaporeans to understand them beyond their occupational role. Visitors could also learn words of appreciation in the native languages of guest workers—to engage them in conversation and breach social divides. Key phrases such as “how are you?” and “thank you!” were available in Bengali, Burmese, Hindi, Mandarin, Sinhala, Tamil, and Thai. The exhibition was made possible through the generous sponsorship of Far East Organization and Far East Plaza. 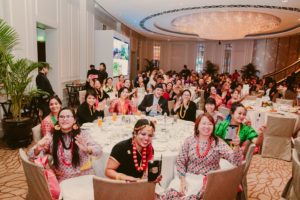 In the same spirit of expressing appreciation to the community of guest workers in Singapore, SowCare and AIM also partnered with AGWO in hosting the inaugural Banquet of Appreciation at Fullerton Hotel on 13 October. The banquet saw the attendance of Mr Heng Swee Keat, Deputy Prime Minister and Minister for Finance, as the Guest of Honour. Gathering 350 guest workers from six different Asian countries—as well as dormitory owners, community partners and government officials—the banquet aimed to thank our guest workers and encourage dialogue on how to better care for their community. There were also four ethnic performance items by Joshiley Bhangra Singapore, New Life Christian Centre, Crown of Glory Nepalese Fellowship and My Saviour’s Church Dance Ministry. The inaugural Banquet of Appreciation then also launched

To provide guest workers with an avenue for recreation, a Cricket Tournament was also organised on 28 October at the Migrant Workers’ Centre (MWC) Recreation Centre. Cricket is a popular sport among South Asians, with almost 900 million fans in India alone. Through this tournament, we aimed to alleviate their feelings of homesickness and encourage fellowship with one another over a meal. Involving nearly 3,000 guest workers, the Cricket Tournament was a resounding success. Underscoring the objective behind these events, Rev Samuel Gift Stephen, Chairman of AGWO, emphasised the need for a collective effort to care for this marginalised community. He shared that, “With guest workers forming nearly one-third of our working population, it is our responsibility to cultivate an environment that protects and holistically cares for their well-being. More than isolated efforts, it is vital that we work collaboratively to pool together resources and services, so that we may effectively meet their needs.” If you wish to support this initiative, individuals and groups may partner with the AGWO through administering and/or facilitating assistance and services for the guest workers. More information on partnership and volunteering opportunities can be found at hia.sg/agwo.