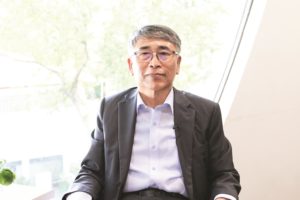 This article was originally posted in our September 2019 Word@Work.

“That Your way may be known on earth, Your saving power among all nations.”
— Psalm 67:2

Since 2017, The Bible Society of Singapore (BSS) has been honouring the selfless service of individuals who have helped further the Bible Mission in their own unique way, through The Sower Awards. One of the categories of awards is The Sower Award for Bible Missionary of the Year, which honours a dedicated individual who has persevered in fulfilling the Bible Mission, in spite of facing challenges and possible persecution in the mission field.

The Bible Missionary of the Year for 2019 is Mr Eui Hyun Kwon, President and CEO of the Korean Bible Society (KBS), whose determination has driven efforts to increase the availability and accessibility of Bibles throughout the nations. While the Bible has been translated into 692 languages, Bible Mission work is far from finished. Nearly 1.5 billion people still lack access to the Word as it has yet to be translated into their native language. Working towards fulfilling the Bible Mission of making the Word known to every tribe, nation, language and people, Mr Kwon has led the KBS to aid the production and distribution of over 6 million Bibles in 217 languages, in 2018 alone.

Mr Kwon has played a vital part in ensuring the completion of these projects, especially where there are heavy restrictions on Bible distribution efforts and missionary outreach activities— such as in Myanmar, where Christians constitute only four percent of the population. While Christianity is growing among the tribes living around the borders of the country that has over 200 spoken tribal languages, projects to translate the Bible into their native languages have been limited. In the midst of these difficulties, Mr Kwon’s perseverance through the years led to the successful completion of the Cho Chin Bible and the Remy New Testament text in 2018.

Similarly, Mr Kwon also paved the way for the completion of the first-ever Bible translation project for the nomadic Blin tribe in Eritrea, Africa. One of the local church leaders had recalled how he had experienced great difficulty and resistance in sharing the Word with the Blin people without having a Bible in their mother tongue. The native language of the tribe is also especially close to the hearts of the people as they have continuously fought to protect and preserve the dialect and their culture.

Through Mr Kwon and the KBS’ determination, the pioneering translation project was completed and the first copies of the Blin New Testament Bible were distributed in September 2018. Through the availability of the New Testament to the Eritrean people in their native tongue, a reverence and love for the Word was unlocked—even among the older generation. 82-year-old Kudusan, who had waited 30 years to receive Scripture in her own language, shared, “I can’t read but my grand daughters and sons will read to me from this golden, newly-translated New Testament!”

Apart from bringing the Word of Hope to minority tribes, Mr Kwon has led the KBS to partner with sister Bible Societies to reach marginalised communities facing discrimination. One such project was with widows in India— to strengthen them with the knowledge that God is close to the brokenhearted.

Esther, one of the Indian women who received a Bible through the KBS, faced discrimination from her own family and local community amidst the pain of losing her husband. As she pored over the Word, she found her identity—one that could never be shaken or taken away—in Christ. Emboldened with a renewed sense of self-worth and value, she now preaches and shares the Gospel in the very same village.

THE WORD AMONG ALL NATIONS

This year, Mr Kwon and the KBS have successfully met their Bible distribution plans in 23 countries. Let us keep them in our prayers as they continue to work to fulfill the Bible Mission. Deeply encouraged by the dedicated missionary service of Mr Kwon and the life-transforming impact the Word has had in these communities, we are reminded of our call to bring God’s Word to the nations. As it is written, ”how are they to believe in Him of whom they have never heard?” (Romans 10:15). It is our prayer that we too will work to send forth His Word, so every nation will come to know His glory and salvation!

We must say that the strongest motivation driving our support for minority groups is our own experience as a relatively young church. Our churches may be known for their explosive growth and size, but the situation 130 years ago will give you a completely different impression of our country. The Korean people were Bibleless, living under total darkness of poverty, corruption, and heightened inter-country tension to which the existing systems could not offer any answers. It was only when the Bible in the Korean language was finally translated and distributed to the Korean people that our fate took a turn. During the hardships brought about by the Japanese occupation and the Korean War, God's Word enabled the Korean people to preserve our cultural identity, while instlling hope and helping us persevere for a better future.
— Mr Eui Hyun KwonPresident and CEO of the Korean Bible Society 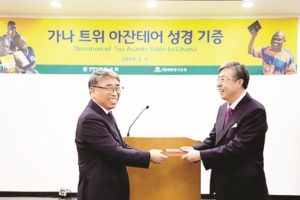 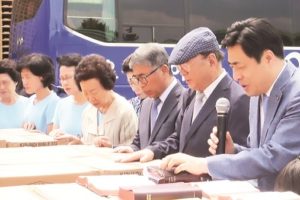 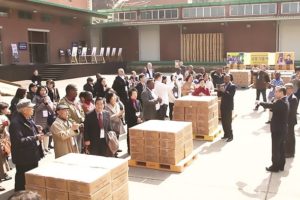 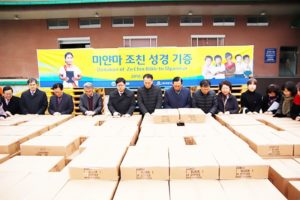