Children Refugees Continue to Learn, Thanks to SAT-7 KIDS

This article was written by The Bible Society of Singapore.

In environments where education seems almost impossible for many children in the Middle East, SAT-7 KIDS breaks through physical boundaries and makes learning possible through satellite television.

As the first and only Arabic Christian channel exclusively for the children of the Middle East and North Africa, SAT-7 KIDS shares God’s Word and Christian values with children using entertainment, culture and knowledge. They aim to make the gospel meaningful to a generation that needs to feel God’s love, especially as they mature and take their place in a society where the future is so uncertain.

In December 2015, our team from The Bible Society of Singapore was blessed with the opportunity to visit the headquarters of SAT-7 Lebanon in Beirut. We were encouraged to hear how they were impacting many lives in difficult circumstances. We were particularly excited to know that our contribution to the programme Madrasati, also known as My School, has been helping children refugees to learn.

The idea first started when war erupted in the Middle East, which resulted in a refugee crisis. To address one of their needs, SAT-7 KIDS decided to provide education to children refugees through the television. Almost every family in the Middle East owns a satellite dish and these satellite dishes can be found in refugee camps as well. It was the best means possible to reach out to people.

“We thought that we needed a change in this generation and this change can be spiritual through SAT-7 KIDS; it can also be through My School by giving them basic education,” said Andrea Elmounayer, Broadcast Manager of SAT-7. “How can the children read the Bible if they don’t know how to read?”

Andrea shared a story of how a Syrian refugee family is learning together by watching My School. The testimony was sent by the mother.

Only their uncle and his children can visit so that they can watch the programme together. Her kids force them all to sit and watch and learn, and they forbid anyone to talk or move. They sit as if in a classroom and learn from the teachers in the episodes. Then, they would write down what they learn. They even got their mother, an illiterate, a work book. The kids said to their mother, “Here is your workbook. You must learn to read and write – go ahead now and start writing.”

My School is not only teaching the children but also educating adults who are illiterate. They are looking into widening the syllabus in their programmes as well as cater to the learning needs of a larger age group.

They asked us to keep their work in prayer as they make God’s love visible in the Arab world. The contribution we made has run out and they are not able to produce new episodes. They are currently re-running past episodes. 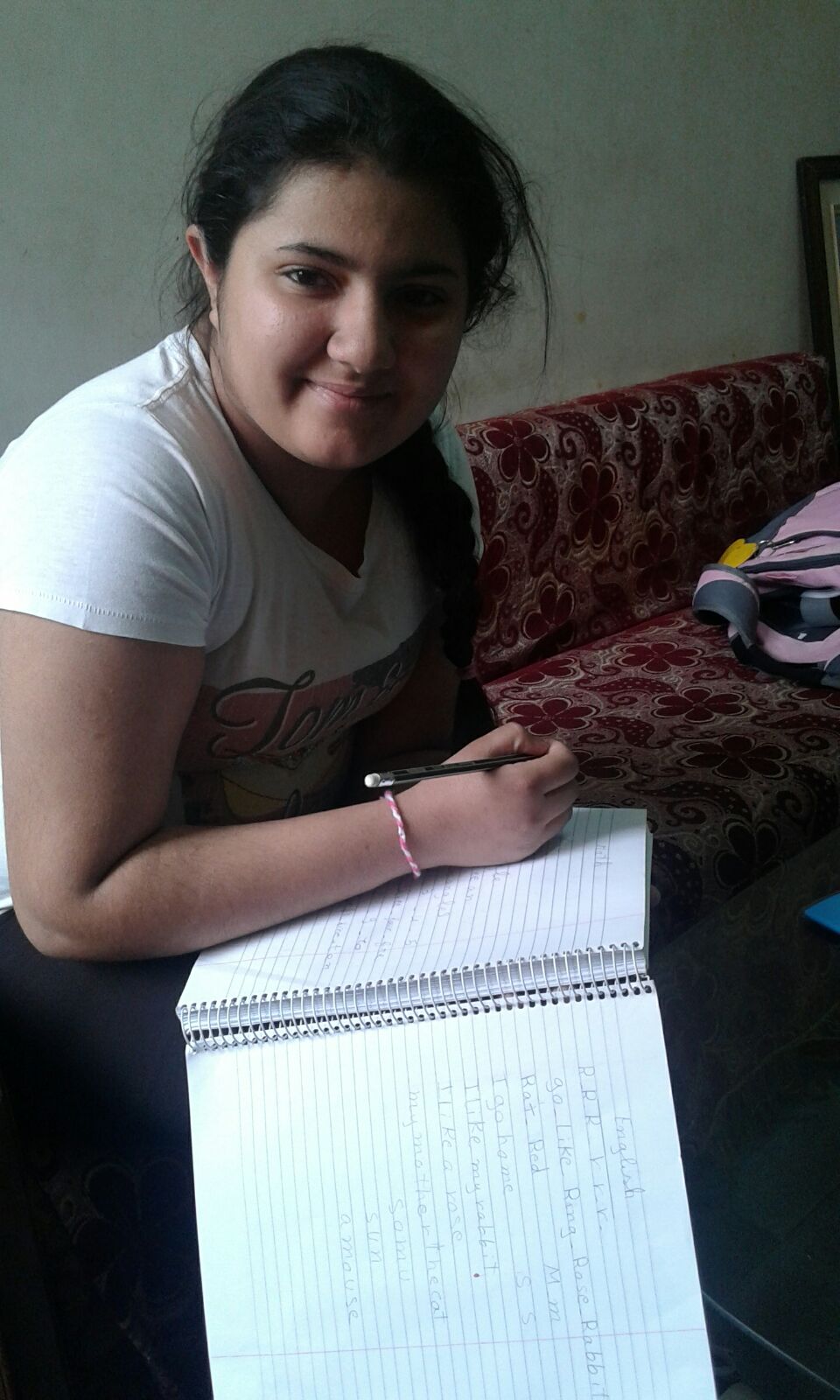 This article was originally written by United Bible Societies.

Nearly five years into the conflict in Syria, which has killed or displaced half the population, staff members of the Bible Society there are continuing their ministry to provide Scriptures for all who need them.

“The thirst for Scriptures among Christians here has only increased with all the unrest,” notes the Society’s director, who, along with other staff members, has stayed on despite the dangers. “The past five years have been very traumatic for Syrians in general, and for Syrian Christians in particular. Every family has a sad story. With this loss of hope, people are turning to God’s Word for comfort and encouragement.”

While nearly 4 million Syrians have fled their country, another 7.6 million have been internally displaced, leaving their bombed and besieged towns and villages to shelter in safer areas. Many are living in overcrowded houses and apartments with friends or family members, or with others who have opened their homes to them.

Amidst this immense trauma and upheaval, the team has received far more requests for Scriptures than ever before. In 2010, the year before the conflict began, the Bible Society distributed just under 15,000 Scriptures. By 2014, the demand had increased tenfold, and nearly 159,000 Scriptures were distributed across Syria that year.

The distribution takes place through its two Bible bookshops in Aleppo and Damascus, and through partner bookshops, churches, monasteries and volunteers. Incredibly, the Damascus Bible bookshop has remained open throughout the conflict, while the one in Aleppo only shut for two days when the nearby fighting became particularly intense. A rocket hit the second floor of the building in which the bookshop is housed, but it didn’t explode and there were no casualties or damage to the Scriptures.

Although life in Aleppo has become very difficult, most Bible Society staff based there have remained, risking sniper attacks as they make their way to work and carrying out their duties to the rattle of gunfire just down the street. They welcome many visitors to the bookshop each day, including a steady flow of young people who are being offered free Scriptures through a joint project between the Bible Society and local churches.

Transporting Scriptures around the country is a challenging task, especially to Christians in the more remote areas. But the Bible Society uses all means available – buses, trucks, church volunteers – to ensure that those who need Scriptures receive them. Staff members themselves often make risky journeys to encourage Christians and deliver Scriptures to them, sometimes getting caught in battle zones.

The Bible Society has also begun to equip churches to offer Bible-based trauma healing to the many Christian families who need it. Late last year a group of church representatives spent a week in a remote monastery in Lebanon learning from a Middle Eastern trauma healing expert and sharing their own experiences of trauma.

“Some of the participants were from Aleppo, which was being besieged at that time,” one staff member recalls. “They were so worried about their families and kept phoning them in the breaks.”

Please pray for Christians in Syria, for the churches and for the Bible Society as it works to make God’s Word available in the midst of war and trauma.