The long journey of the Bunong New Testament

Tot Nhernh, 93, vividly remembers the panic he and his family felt as the bombs started falling on their village in north-east Cambodia. It was the 1970s and the Vietnam war was spilling into the region as members of the Viet Cong crossed the border to hide.

With their village totally destroyed and desperate to escape the continued US bombing in their region, Mr Nhernh and his family, along with many others, crossed the border into Vietnam. Not only were they traumatised by the destruction they had witnessed, they were also deeply worried that in their haste to leave they hadn’t had time to make offerings to appease the spirits.

Mr Nhernh is a member of the Bunong tribe, which, like all the hill tribes in Cambodia, is traditionally animist, regularly sacrificing livestock to the spirits. Although they were relieved to have escaped the bombs, and were trying to rebuild their lives in Vietnam, they felt overwhelmed with grief and fear.

But then some Vietnamese people began to visit these desperate refugees. They offered them help and friendship, and also shared some good news: God loved them and had released them from all bondage through his son, Jesus. Mr Nhernh recalls how he felt all his fear falling away, replaced by a peace and freedom he had never experienced. He was among several Bunong refugees to become Christians, learning much about their new faith during their time in exile.

When the war ended, he could not wait to return home and share the Gospel. He and the other new Bunong Christians planted small churches in Bunong villages, and also evangelised other hill tribes, including the Krung and Tampuan. They, too, had lived in fear and obligation to make costly sacrifices to the spirits, and were overjoyed to hear about the freedom and peace they could have in Jesus.

Although work to translate the Scriptures into Bunong had begun in Vietnam in the 1960s, the work had been disrupted by the war and the manuscripts lost. Some small portions of Scripture in Bunong were published before the war but these were only available in Roman script – understandable to the Bunong in Vietnam but not to those in Cambodia, who use Khmer script.

So Mr Nhernh and other Bunong evangelists in Cambodia were sharing the Gospel by simply telling people the story of Jesus. Later, people began writing out the few Bunong Scripture booklets that were available into Khmer script so that these could be shared more widely with Cambodian Bunong people.

The two decades of communist rule that followed the war were very difficult for the Church in Cambodia, particularly for ethnic minorities like the Bunong. But Christianity grew steadily, and today, around 10% of Cambodia’s Bunong people are Christians. (Around 75% of the Bunong in Vietnam are Christians.)

50 years after the first attempt

This May, around 50 years after the first attempt to translate the Scriptures into Bunong was stopped by war, the Bunong people of Cambodia and Vietnam will finally receive the very first New Testament in their language. Undertaken by Vietnam Parntership, the Bible Society in Cambodia and SIL, it will be printed in both Khmer and Roman scripts.

Are Bunong Christians looking forward to getting the first New Testament in their language? The look of delight on the face of 93-year-old Tot Nhernh when he thinks about holding it in his hands says it all! 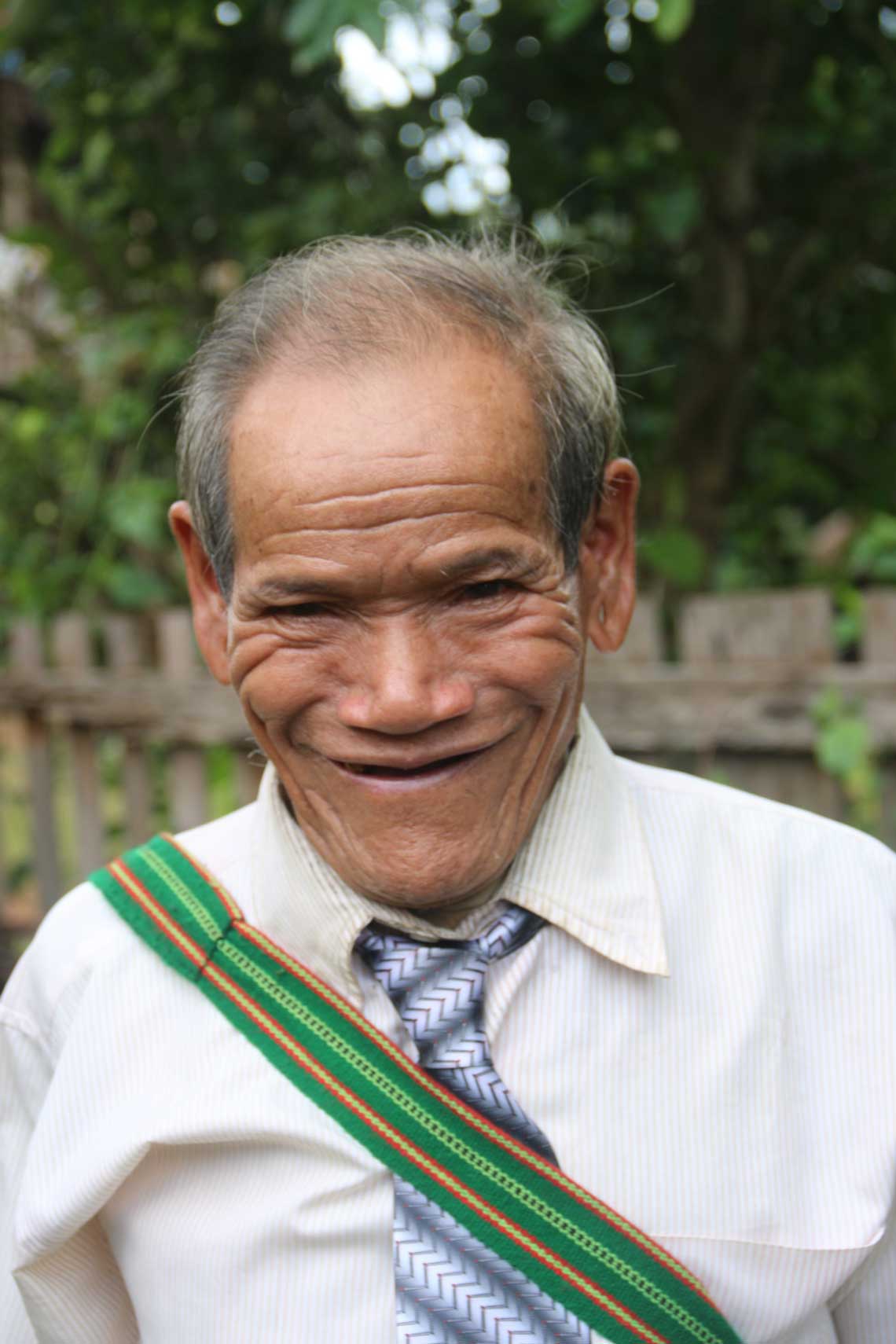